You are here: Home / Blog / How LED Lights Work

Light-emitting diodes, a.k.a. LED lights are quickly becoming the light source of choice among tuners and car junkies for both interior and exterior applications. LEDs deliver maximum light using minimal power, making them perfect for use with 12V automotive systems. 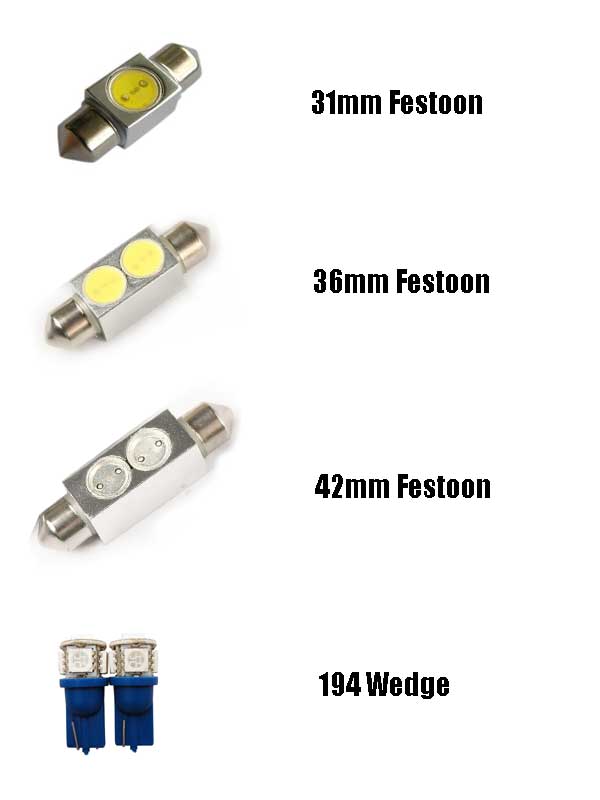 Light-emitting diodes are completely different than traditional, filament-based incandescent and halogen lights. Unlike old-school incandescent (Edison-style) bulbs, with LED lights, there’s no filament to burn out or heat up.

In fact, these tiny little lights aren’t actually lights at all (at least not in the traditional sense)!

SO, WHAT EXACTLY ARE LED’S?
LEDs are solid semiconductor diodes (LED chips) that have two electrical leads, mounted onto a silicon sub-mount (base). These semiconductors are tiny sandwiches of an ultra-thin material that allow the electric current to flow through in one direction only.

WHAT MAKES LED LIGHTS LIGHT UP?
When a positive charge is applied to the positive side of the semiconductor, the electrons inside the conductive material get ‘excited’, causing the LED to emit a glowing light.

Any excess heat from all that excitement is dispersed through a thermal heat sink that is mounted to the base of the silicon sub-mount – without a heat sink, the delicate layers of the semiconductors would quickly overheat.

Most LED light strips and bulbs on the market today consist of a cluster or series of LED chips that are mounted onto a heat sink and enclosed with glass or flexible plastic.

And LEDs are uber-efficient; approximately 90 percent of the energy that is sent through an LED is converted into light output.

How Long Does LED Last?
The lifespan of an LED depends on a few factors, such as the operating temperature (high temps shorten the life of an LED, while low, sub-zero temps actually increase both the efficiency and longevity of LEDs). On average, most LED products on the market are supposed to deliver between 25,000 and 50,000 hours of service, making LEDs the endurance leaders among all electronic light sources.

Because LEDs consist of a solid semiconductor chip, there are no moving parts to break, making LED lights highly resistant to shock and vibration. As an added bonus, LED lights don’t contain any toxic mercury (as CFLs do) and LEDs can reproduce virtually any color – they can even produce multiple colors and light effects via a simple microcontroller.

LEDs DON’T BURN OUT, THEY FADE OUT
Another quirky feature of LED lights is the fact that they don’t burn out and fail suddenly as other lights do. They simply fade out instead, getting gradually dimmer over time – a process that’s known as lumen depreciation. Depending on the application, LED lights can fade up to 30 percent before they need to be replaced.

And if you want to super nerd out… just watch this video!