You are here: Home / How-To / How to Measure Lumens for HID Headlights

As we seek to help you make better purchase decisions, one of the HID light ratings that confuse everyone is Lumens. Â Lumens are used to determine how bright the HID light is. Â Of the HID kits we reviewed, we have seen a claimed Lumen range between 2400lu and 3500lu. Â That’s a pretty big gap in my opinion.

Let’s start with an obvious question, What is a Lumen? Â If you don’t care, just skip the part in red:

The lumen is the unit scientists use in the study of luminous flux from a given light source. Luminous flux is the amount of radiative energy passing a given point every second that the human eye can see. The National Institute of Standards and Technology measure the lumen output of an unknown source by using an integrating sphere. The unknown source is placed inside the sphere while a light source with a known amount of lumen is set up to shine into the sphere. Two photometers which count light particles inside the sphere coming from each light source are also needed.

As for measuring Lumens, there are a couple of ways, how to measure Lumens. Â One of which includes a device called the integrating sphere. This device is normally pricey but can be found in many electrical stores in the US. Â Here is what you would expect to find when seeking out an integrating sphere: 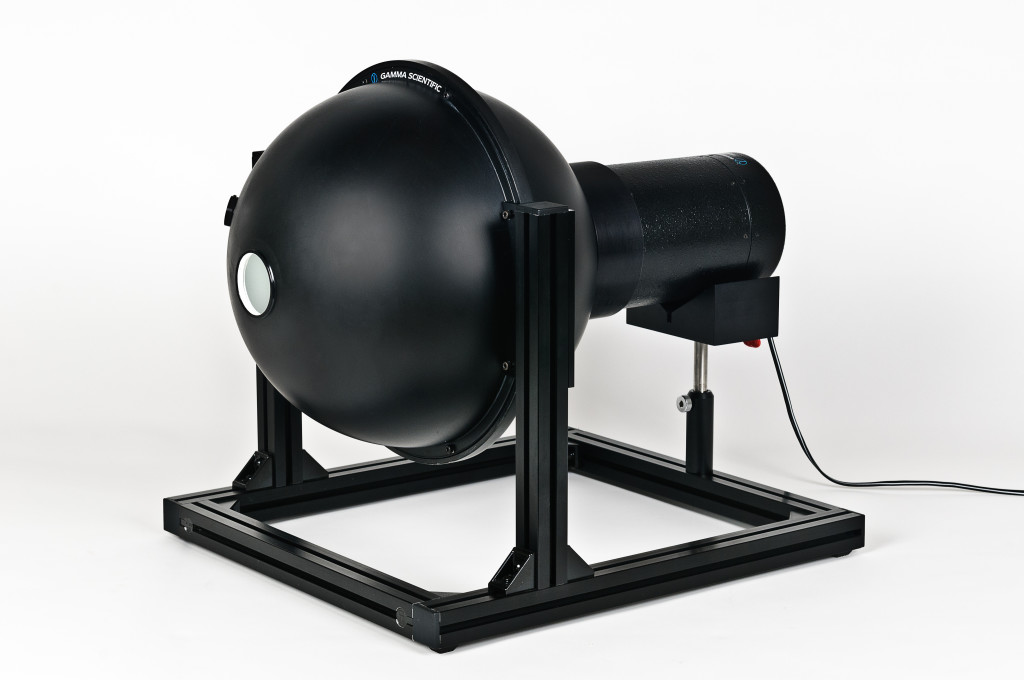 HID light and LED lights are commonly measured in lumens, while halogen lights are measured in candlepower, mostly due to tradition and competitive practices. Neither lumens nor candlepower is effective in determining just how much light will illuminate an object at distance. LUX (or foot-candles) is the only effective, easy to measure rating for this. While candlepower and lumens are indicative of illumination at distance, there are many factors that influence the projection of a beam. A poor quality reflector, for example, could impair a high lumen output bulb at distance. The type of light source could also affect the projection of a beam. The type and quality of the lens can have a dramatic impact on the illumination at distance.

Now, for the average person, this is not something that will just be lying around the garage! Â Trust me… I have seen a lot of garages. Â The second most popular way to measure Lumens is with a Lux Meter.

This is not as precise as an Integrating sphere, but it will have to do. Â We will be measuring ballpark numbers to see exactly how close to the claimed Lumen output these HID kits get. Â I believe we will see consistent numbers across all the 35w HID kits. Â If there is an HID kit that does produce higher Lumens, we want to know and we want to let you know!

That being said, his is our new Lux Meter:

We have yet to construct the contraption that will give us consistent measurements across all HID kits but will let you know what it looks like when we do. Â Some of the technical dimensions we are taking into consideration are

I hope this helps and if you have any questions about a particular aspect of this venture, please feel free to email or leave a comment below.

In a later post, we will explore if Lumens decrease over time and by how much. Â By measuring the effect of time on HID lights, you will get an idea for how long your headlights will last and how long your HID lights will be as bright as the first night you had them. Â If I had to make an assumption, I would say YES, HID light output decreases and probably by 20-30%. Â But, that’s just a guess… we’ll see what really happens.

What do you think? Â Do HID lights get less bright over time? Â Have you experienced this in your HID headlights? Let us know in the comments below.