You must be aware by now that when it comes to choosing lights for your home, LED light bulbs are better. But what about the better headlight choice for driving? Are LED headlights more superior or halogen?

Our comparisons of the different aspects of LED vs Halogen headlights will reveal which lights are better.

The Basics Of Headlight Bulbs

To get a better comprehension of the differences between LED vs Halogen headlights, it is essential to the various basic metrics of light bulbs. These critical characteristics for choosing bulbs include its efficiency and brightness.

The metric that depicts the ratio of the light emitted against energy consumption is called the luminous efficiency and is shown in lumens per watt (lm/W).

What Are Halogen Lights? 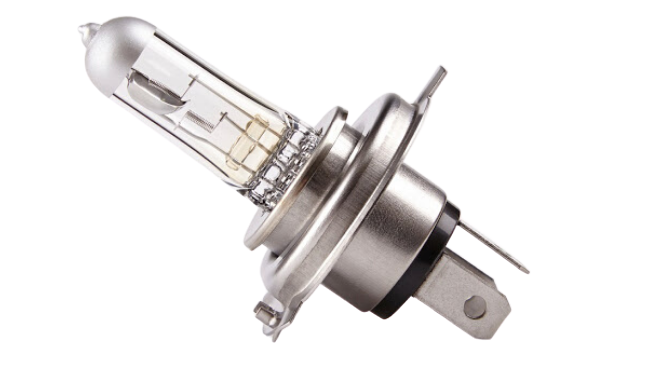 The most common headlights in use today are Halogen headlights found in about 80% of cars on the road. These are also inexpensive and easy to produce.  In essence, Halogen lights are a lot like the incandescent light because a filament that heats up produces the light. Typically, the tiny, thread-like filament heats up to a high temperature, which causes it to illuminate as the electricity passes through it, the glowing filament is surrounded by halogen gas which causes the light to be enhanced.

The halogen gas in the bulb differentiates halogen lamps from incandescent bulbs. However, both produce a lot of heat and are hot to the touch. Efficiency is affected because most of the energy consumed is emitted as heat rather than light. The luminous efficiency of the halogen bulb is only 2–4%.

Nonetheless, halogen bulbs are cheap to produce and replace. The bulbs will stop working as soon as the filament is damaged, so you might have to replace them frequently.

LED is an acronym of “Light-Emitting Diodes”. LED bulb work much differently than halogen bulbs, so does that translate into better performance and efficiency?

LED bulbs work when the electricity runs through a diode, which is a small semiconductor that emits light and warms up. It should be noted that although LED headlights emit some heat, the amount of heat produced is nowhere near halogen headlights. LED bulbs are also designed in such a way that the additional heat sinks, while fans help keep the diode cool, which lowers heat and prolongs the lifespan of the bulb.

The luminous efficiency of LED bulbs is usually 40 to 50%, which shows that it is much better in terms of producing light for the amount of electric energy used. When compared to Halogen lights, LED headlight usually emit almost three times more light while consuming only a third of the electricity. They also produce a more natural-looking light.

However, LED headlights are much more expensive. You can pay around 5 to 10 times more than the price of halogen bulbs.  Conversely, LED bulbs will last you a lot longer unless your car is damaged in accidents. LEDs have an average lifespan of 20,000 hours, which is 20 times of a halogen unit life expectancy.

In conclusion, although LEDs are more expensive and maybe bulkier, they are better in terms of performance against their halogen counterparts.

But how does this apply to the real world?

Despite being more efficient, a majority of the drivers and experts do not think of LED’s advantages as imperative. This is also reflected in the reporting of recent Consumer Reports, which deem the LED headlight technology to be of “little importance.”

When Should You Replace The Headlamps Of Your Vehicle?

Halogen light typically dims over time, so if you are having trouble seeing the road clearly during your night-time drives, then I would suggest that you should get your headlights checked by a professional. They will be able to identify the issue correctly.

I suggest that you check your car’s headlights periodically and don’t wait for the bulbs to burn out before you change them. Dim lights not only make it hard for you to see the road clearly, but they also jeopardize your safety.

It is also essential to keep headlights maintained by giving them a proper clean from time to time because dimming can also happen if your headlights are dirty.

What Are The Other Options There Besides Halogen Headlights And LED Headlights?

After analyzing some of the more prominent points of the LED vs Halogen headlights debate, we can conclude that LED seems to be the superior choice. Nevertheless, there is another headlight option that you can consider – HID lights. These are the latest innovation that works when an electrical current is sent between two electrodes and ionized gas.

However, LED headlights still offer a longer lifespan and a quicker production of light. HIDs produce a bright light and are incredibly efficient.

To sum up, this comparison, LED headlights are the clear winner despite being larger and more expensive.  Although converting to LED lights may seem like an investment, but their performance, efficiency, and longer lifespan make the price worthwhile.

I believe that if you value better performance, then LEDs are the way to go, and they will lessen the cost and stress in the end.  The benefits of LED lights are plenty, they emit natural-looking light, and last 20 times longer than Halogen headlights that last only a 1000 hours and get dimmer with use.

Which one will you pick? Share your views in the comments below.

Find The Best Headlights On Amazon