This review needs a short intro story…  About 8 years ago, I had my first experience with a 55w HID kit.  Literally, 1 day after installing the hid kit, I received a call from my customer telling me his headlight wiring harness had melted together, ground out, and short part of his fuse block.  From that day forward, I swore never to install a 55w HID kit again.

Well, after much hesitation and research, I decided to give 55w HIDs another shot.  Knowing that HID technology has advanced 10 fold since 2006 and after seeing several positive reviews about 55w hid kits, I gave it another go. Vanix.net was kind enough to send me one of their premium 55w kits to test on a 2013 Toyota Venza.  Here are the details:

Overall, the kit components were on par with the rest of the industry; ballast, bulbs, mounting hardware instructions.  As I mentioned earlier, this is my first 55w HID kit to install in quite some time.  So, to their credit, I don’t have enough experience with other 55w kits to know how the ballast size, components, performance matches up with the rest of the industry. One thing that stood out to me was that the ballast had two components to it; the ballast w/wire to connect to the bulb and an additional piece with the ignitor that connects the ballast to power. 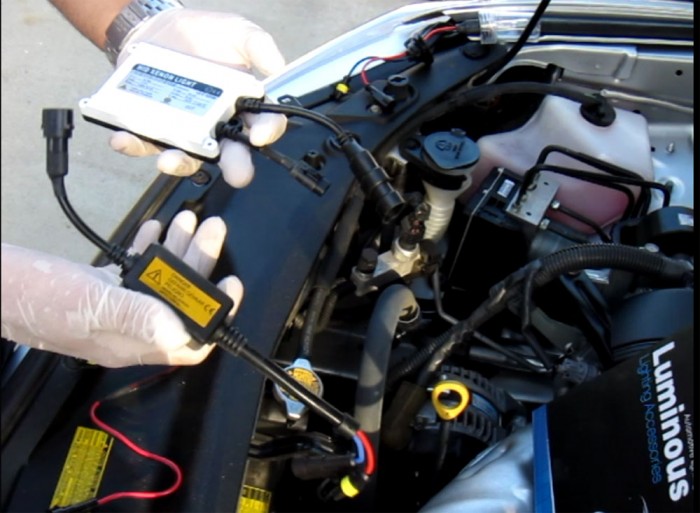 The reason I don’t prefer the ignitor being separate from the rest of the ballast is that it creates another point of failure.  It’s another place that water can get into and corrode, it’s a piece that will need to be troubleshot if something was to go wrong, and this piece isn’t individually available for sale… so, even if the ignitor did go bad, you would still need to buy the entire replacement ballast.

As for everything else, the components looked good and the Venza HID install went off without a hitch.  I was surprised at the increase in brightness, compared to some fo the other kits I’ve seen.  Take a look at the difference… the factory halogen output was 133lu and after the Vanix kit the light output was 297.  That’s more than 2x the light output! 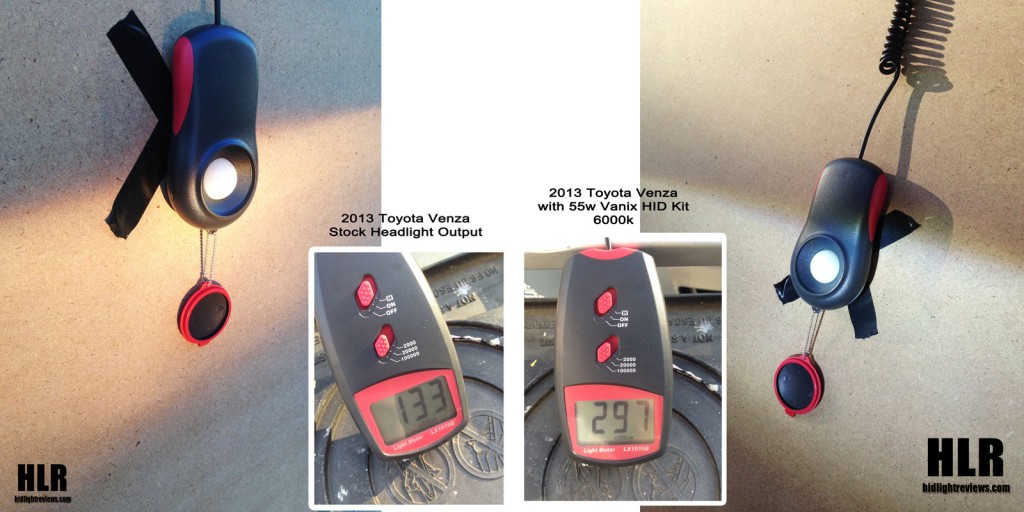 Take a look at our HID kit overview and 2013 Toyota Venza HID Install:

Real quick I want to run you through the components.
– Here we have the 55w Vanix HID ballast and ignitor

– And we have the bulb for the Toyota Venza headlights, H11… and we went with a pure white, 6000k bulb for this install

I’m going to get all the wiring done outside of the Venzo, so we can do a real quick install.

Starting with the Passenger side, first, you want to remove the headlight bulb…

Next, you will take your pre-assembled passenger side HID kit and install the H11 HID bulb into the factor housing.
– This is great because bot bulbs are accessible from the top.

Here is the wiring that should be plugged in for the HID to start up.

The factory headlight plug will provide power through the H11 adapter, to the ballast, which will in turn power the HID bulb.

Here is a wiring diagram of what that will look like and we also have written a single beam hid installation instructions HERE if you would like to read further.

Now let’s turn them on and make sure everything works. You will go ahead and do the same steps on the other side and you’re all set

Here are a couple of stills of where I mounted the HID ballasts… First, the driver side ( mounted no the firewall) and here is the passenger side (mounted down on the frame, next to the battery). 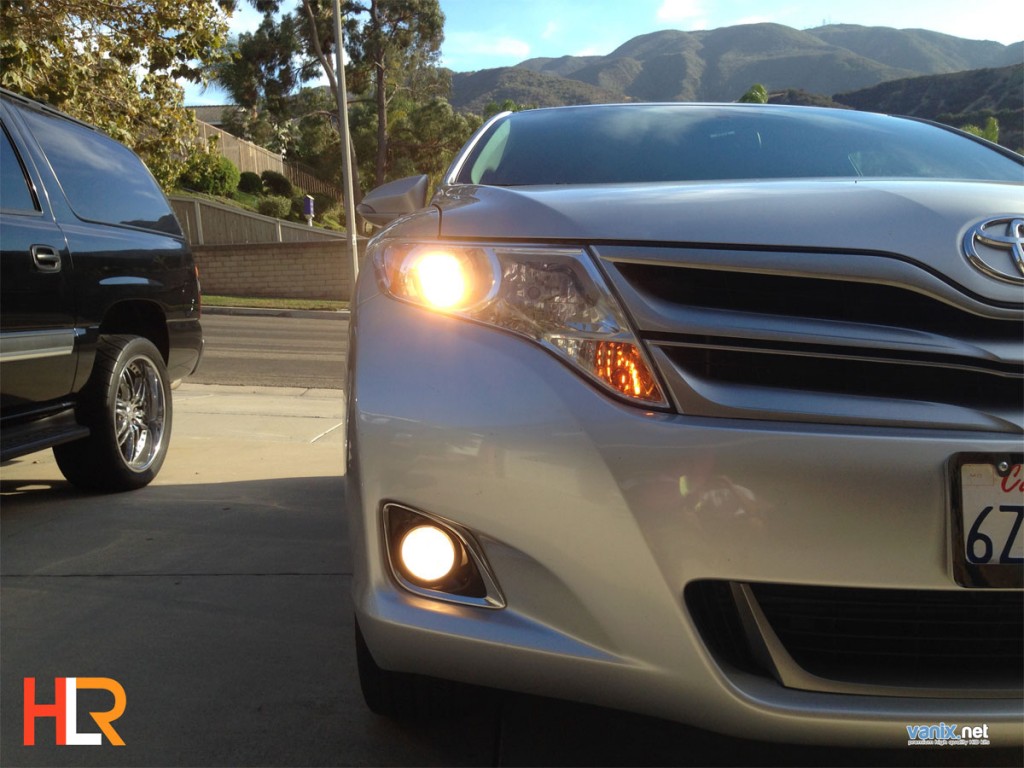