Although the fifth-gen Viper got off to a sluggish start, as far as sales are concerned, Dodge reports a 26 percent year-to-date increase in deliveries after reducing the starting price by US$15,000 last September. 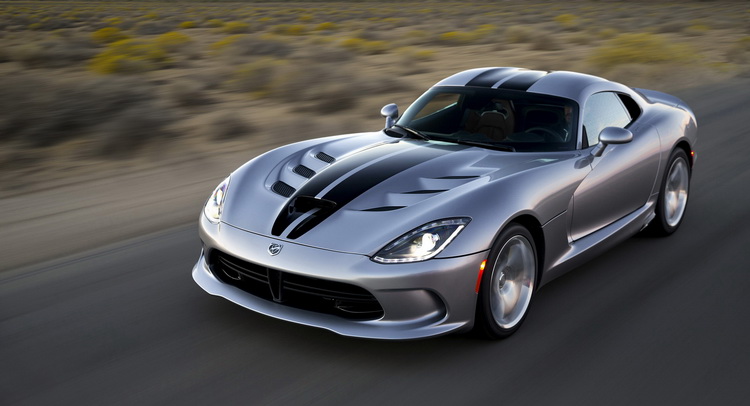 Now, the company is putting even more standard equipment in the stock SRT and the range-topping GTS “2015.5” models and is adding two more variants: the GT and the TA 2.0 Special Edition.

Like all Vipers, the SRT is powered by an all-aluminum V10 with 645HP and 640 lb-ft of torque that is directed to the 19-inch rear wheels via a Tremec six-speed manual transmission. It also features electronic stability control (ESC), Brembo brakes, HID headlights, LED daytime running lights and LED rear lights. In the cabin, there’s a 7-inch instrument display that can be reconfigured by the driver, an 8.4 touch screen for the infotainment system, 3-D navigation, a rearview camera, a 12-speaker Harman Kardon audio system and keyless entry.

Starting at US$84,995 (MSRP), the base Viper SRT features new accent stitching on the seats and instrument panel binnacle, Alcantara inserts on the doors and aluminum sill plates with the Viper badge.

Last, but certainly not least, the 2015 Viper GTS tops the range with an MSRP of US$107,995. Its standard equipment includes a lot of kits that used to be on the options’ list such as polished aluminum “Venom” wheels, “Laguna” leather seats, an Alcantara headliner, a Harman Kardon 18-speaker audio system and GTS badges.

Production of the 2015MY Viper (which, according to Dodge, costs the same as the first-gen with its price adjusted for inflation) has already begun in November and deliveries will start in the first quarter of 2015.

Here is a look back in history at the breakdown by Dodge Viper Generation: