For headlight bulbs, fans aren’t necessary, unless the bulb is creating massive amounts of heat. There’s plenty of bright headlight bulbs that maximise longevity without the use of a fan. In this guide I’ve picked and tested the best fanless led headlight bulbs available.

As always this is a non affiliated, unbiased review, I’ve personally tested every bulb I’m recommending. When deciding on the best fanless led headlights there were a variety of factors I’ve considered for each of my choices. My main criteria was brightness, longevity, the brand itself and how the headlights felt in my hands, did they feel cheap or were they weighty and strong? Other factors include the materials used and the variety of features included based on how important I think they are.

Out of the headlights I tested, I found Beamtech’s fanless led bulbs to be the best overall. They’re quite similar looking to Philips Xtreme Vision although they excel in a number of more ways.

Beamtech’s fanless led headlights provided a great beam, it was a Kelvin white although it did mix in just a touch of blue. I found the beam reached just over 50 metres which Is expected for a bulb of this caliber. In terms of brightness each bulb contains 8000 lumens, which isn’t massive but you’ve got to remember these are fanless led’s so they can’t be getting too hot. Pack in too many lumens into one bulb and the excess heat will cause the headlight to break down very quickly.

The screenshot above will give you an idea of the quality of the bulb, beware that the camera used to take this photo overemphasis the blue. I really enjoyed that the bulb has 360 degree light emission, this makes the beam more uniformed and centred, preventing any dark areas within the beam.

Another important factor when choosing headlights, especially when the bulbs are not using a fan, is if it effectively dissipates heat that the bulb produces. Beamtech has added a few different heat reduction features which I’m a big fan of. 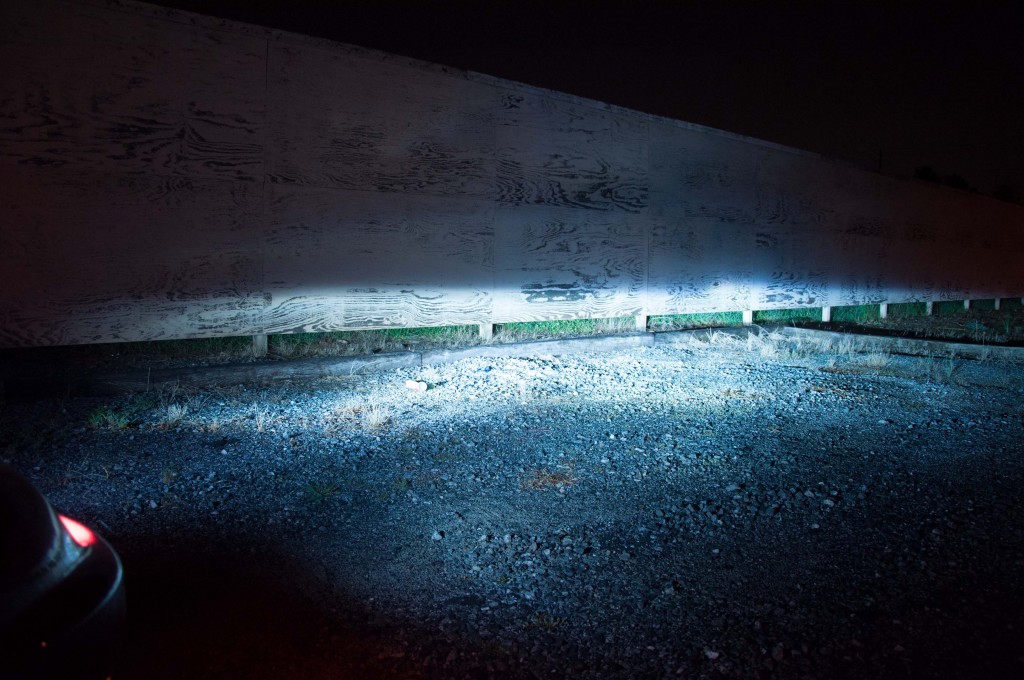 They use a thermal conductive copper plate right on the led, this piece of copper is a main driver of heat dissipation and something I’m pleased to see. Secondly they use aluminium for the shell of the bulb. Aluminium is pretty standard for headlights but nonetheless does a good job of removing excess heat.

Since these are LEDs you aren’t going to have to worry about heat causing them to break quickly, LED’s are well known for their efficiency when compared to Halogens.

Lastly I wanted to note some features that make Beamtech the best fanless headlight overall. It’s small size makes it easy to fit in any car, something that a bulky fan will often prevent, it’s plug and play so it won’t require a conversion kit or any technical knowledge.

I chose Nordlichter Fanless leds because they’re cheap but will still get the job done, surprisingly they do come with a few different features for a budget bulb. Although what really drew me to them was that they’re been tested to last a full 30,000 hours of driving when turned on.

What this means is you’re getting probably the best bang for your buck for fanless led headlights, although their brightness and beam isn’t as strong as more expensive alternatives this is made up with their longevity.

I found Nordichter’s fanless led headlights to have a decent beam length but not amazing either, it gets the job done and will light up the road for a solid 45 metres in front of you. Each bulb contains 10,000 lumens. Although there are more factors that depend on brightness than just lumens, I found my other recommendations to be brighter but not by a huge margin.

Their beam pattern is quality, I couldn’t notice any dimmer areas or dark spots, something that’s quite common for cheaper bulbs.

Sealight is a regular choice for premium headlight bulbs, they’re manufactured in Japan to give you an idea of their quality. I like them because they excel for what’s most important, brightness, longevity and heat dissipation, then also brings with it an array of features that aren’t essential but good to have.

Why Sealights gotta have some of the best fanless led headlights is because they’ve got an extra daringly long beam in their product description it’s stated that the beam is 1200 feet long and when I tested the bulbs in my own car it was pretty similar. THis 1200 foot length would be used when your high beams are turned on but nonetheless it’s pretty awesome to see. Another feature about the bulb itself was it had a focused beam, this means you’re not blinding other drivers because it’s direct, covering the road but not splashing into oncoming traffic. This is important because you definitely don’t want to be blinding oncoming traffic when driving.

If your bulbs are bright they’re also producing significant amounts of heat, that’s why heat reduction is so important, especially for a bulb of this caliber. Although they don’t contain a fan, the plus side is that they’re compact and will easily fit into any car.

The bulb’s casing is made of aviation aluminum, which means the heat that’s created by the bulb will be dissipated more easily than standard metals.